Well, this might be the longest line I’ve stood in in a while. Tonight I’m seeing Moonchild and doors open at 7pm and I get there at 7:05pm and the line is already wrapped around. No worries though because I have my ticket in hand and that usually makes the process quicker. Easy once inside and of course the first stop is the bathroom. The floor looked as though it was filling up at a good pace so I make the decision to stand to the right of the stage and get as close as I can get.

I think I’m in a good spot (I tell myself) and then I realize there are a couple of tall people in front of me but I figured that’s what my arms are for. I realized I was going to have to stretch my arms up to get good pictures which was fine, no big deal. The “waiting music” was good as I recall hearing Hiatus Kaiyote and I think Alicia Keys. Then a tall guy next to me starts coughing and it sounds like one of those death coughs. I think to myself, “Maybe I should move” especially after I hear him cough a couple more times. The last thing I need to be or get is sick but I decided to just stay put for moving now would only push me further back. (The goal is always to try to position myself where I can get the best pics).

Now the 1st act, Oglullabies comes on and her music/sound automatically sounds like Fringe music. In case you don’t know what that sounds like it sounds cackling and eclectic. Some of it is tolerable and some of it isn’t in my opinion. Here, imagine nails being drawn down a chalkboard with a violin playing in the background to add emphasis and that is what Fringe music sounds like. Now her 1st song also sounded like it could’ve been in the movie Get Out or that episode of Tales from the Hood with the dolls. Well thank God she didn’t sound like that through her entire set (because I don’t know if I’d be able to take that).

She was an instrumentalist from DC and you might as well call her the female Beck because she played and produced everything such as guitar, piano and violin. Her sound continued with Fringe (but milder) mixed with techno and electronic. She performed for a full half hour (which to me that was a lot) but I will say she was definitely talented, I give her that. The bass you could feel in your chest and I was starting to get hot in this crowd of people.

Moonchild came out right on time at 9pm on the dot and sang song after song after song. They began with some older songs and then sang the newer ones. The main song I was waiting to hear was Cure which they sang close to the end (as it’s their most played song on Spotify). Sidenote: There were a lot of black people at the show and I’m not sure as to why I found that to be surprising considering the fact that their music is like electro-jazz. I did think that a black guy was also in the group (which he is) and didn’t spot him until the end on the drums. At one point a guy moving through the crowd signals to get by so I move back and he stands right in front of me and begins enjoying the show. Now I’m already hot and this just made me more hot as I stood there contemplating how to handle the situation. So I nicely tapped him on the shoulder and suggested I get in front of him as he just blocked my view by standing right in front of me, he obliged and I continued to enjoy the rest of the show even though now I felt hotter and squished.

I contemplated waiting outside after the show so I could get a picture but when they announced they’d be signing CDs on the side afterward I thought, “My mom might actually really like the CD if I get it,” so I decided that I would wait and try to be towards the end of the line so I don’t feel rushed (I’m not in any hurry). On my way to the line I saw the opening act Oglullabies and walked up to her to tell her I thought she did great and that she should consider being a part of the Fringe Festival in DC (I told her I thought that she’d be really good for it and she said OK).

I stood towards the back of the line and waited until I got to the front as the woman behind me began making conversation with me (she was the talkative type but I didn’t mind). I asked if she wouldn’t mind snapping my picture when I got up there which she said, “Sure, just get the camera ready” (her boyfriend who was a photographer ended up taking it). I purchased a CD for my mother (I think she’ll like their music, if not I’ll keep it) which they all signed. I introduced myself and shook everyone’s hand and gave them a hug and then we took pictures. I bid them farewell and then went on my way (after all I did have a train to catch before they stop running). The goal for next year is to try to get a picture with every artist I go see (this will be easier for some more than others for it depends on the artist and venue). 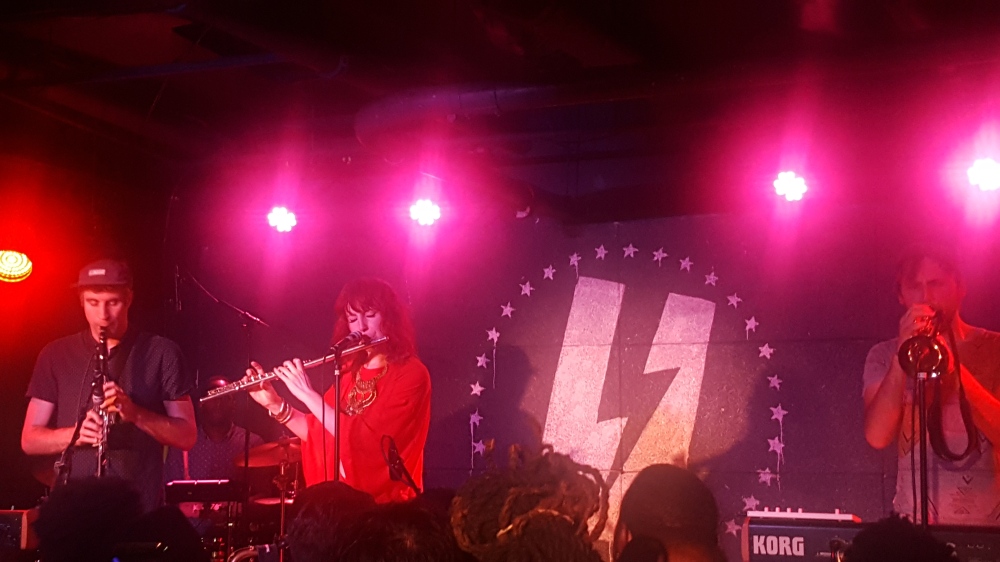 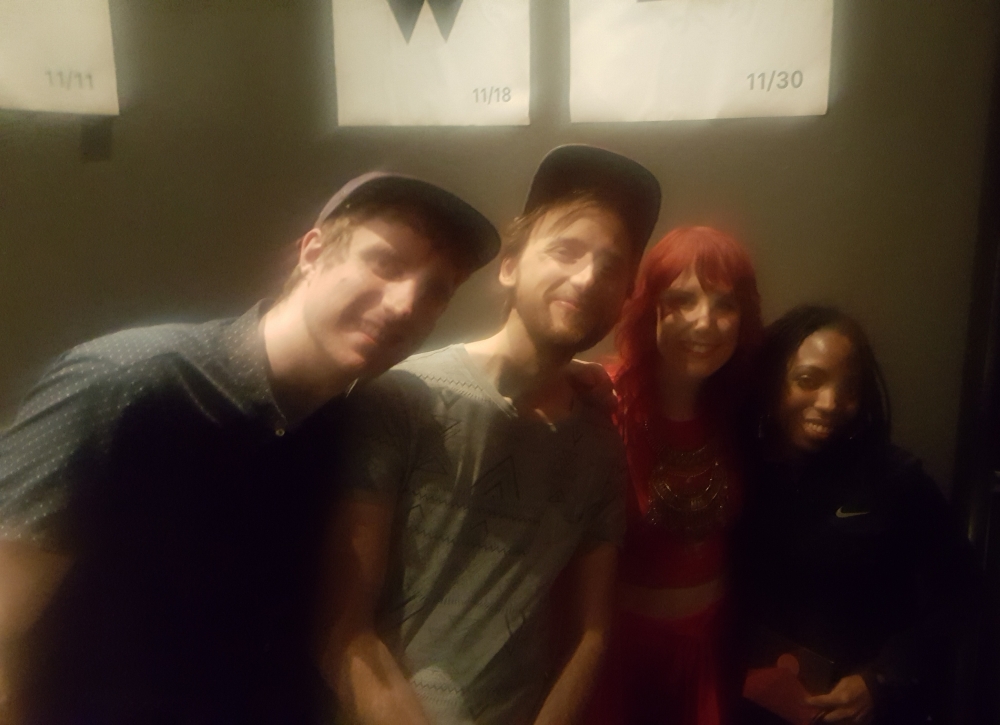