As we all know yesterday was Valentine’s Day and a while ago I got a call from a friend asking if I wanted to go with her to the upcoming Jazmine Sullivan show. Now I had seen Jazmine before and usually won’t go see people more than once (so I can see others that I blog about that I haven’t yet seen) but I figured why not, I like Jazmine and me and my friend have been trying to link up for the last year and have had no success; this was a sure way that we would end up hanging out, so I agreed. I wondered, “What brings her to the area for Valentine’s Day and of all the places to choose why the DMV” (not that I mind but was just curious)? Then I remembered how when I attended her show a couple years ago here at the same location, how she quickly sold out and it made sense, plus maybe she really likes the area and it’s not that far from Philly.

The day arrives and I had had hardly any sleep the night before and had a swollen left knee so it was not looking ideal to be attending a general admission standing show but I never miss a show so I was definitely going. It’s funny because I had some really nice comfy heels that I ended up ditching for my flats in fear that my knee just wouldn’t be able to handle it (and that proved to be right). After work, I met up with my friend and it was a good thing we arrived when we did because the line was beginning to form around the corner. Thankfully, I didn’t feel that cold as we waited about 30-45 minutes outside for the doors to open but I can’t say the same for my friend who was freezing. We chit chatted as we waited and finally the line begins to move, then they announce, “Have your ticket pulled up if you have it on your phone showing the bar code” and of course this took some time (a little more than expected to as we had to end up going to the box office to get our tickets printed out because it was loading slowly).

I saw quite a few people that I’ve worked with before I entered the venue such as the person in the box office and a couple of security guards (I feel as though I see someone I know everywhere I go especially if it involves entertainment). Once inside we decided it would be a better view to go upstairs. We take the elevator (there were quite a few steps-and you know my knee and all) and when the elevator comes there’s a woman inside who upon us entering offers us free tickets for an upcoming show (and I’m not just talking about one ticket I’m talking about she gave us 5 tickets each for an 80’s and 90’s party). We thanked her and she said, “Happy Valentine’s Day,” and all I could think was, “Wow, that is so nice, if it wasn’t for us taking the elevator we would’ve missed this; look at God.” Once upstairs I ran into yet someone else I knew and was surprised that he still worked there seeing as though most people I know left. We scouted for a section and made our way to what would be our show spot.

After getting settled and comfortable with a drink (mine’s I didn’t like but I don’t like to waste alcohol so I made it work) and some funnel fries, my friend gave me a gift which was so nice and I reminded them to come with me back to the car as I had their gift in the trunk. As people began to pour in the place starts to get packed and the DJ is playing all of the old love songs of the 90’s and early 2000’s. I was unsure as to if there was going to be an opener or not and there appeared to be none which was OK. The crowd danced and sang and after awhile we were ready for Jazmine. Soon enough she graced the stage and sang hit after hit some of them including Lions, Tigers & Bears, Hood Love, Let It Burn, Holding You Down (Goin’ in Circles), Mona Lisa, Another Man, Bust Your Windows and more. I didn’t seem like she was onstage long even though she did a fair set-list in terms of songs. I actually would’ve enjoyed it if she were a little more intimate with us in storytelling as to how she got to where she was.

I imagine for special shows that the artist would make the audience there feel special, like tell us something that we may not already know about you or be a little more detailed in telling us as to how you’ve gotten to where you are now. Each artist has their own right to do the show how they want but I guess I just imagined the outline of the show to be a bit different. Either way I had a good time and my friend and I agreed that this is the best Valentine’s Day yet (and neither of us could remember what we did last year).

So far the next upcoming show is NoName so keep an eye out and be sure to follow me on Instagram at alesemalese. You’ll see my promo, food, hair and random posts but most importantly my music blog which can be seen exclusively with the hashtag #8mabc. 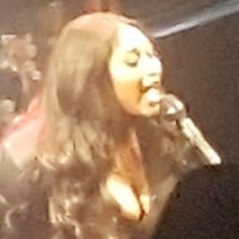 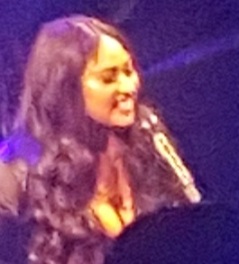 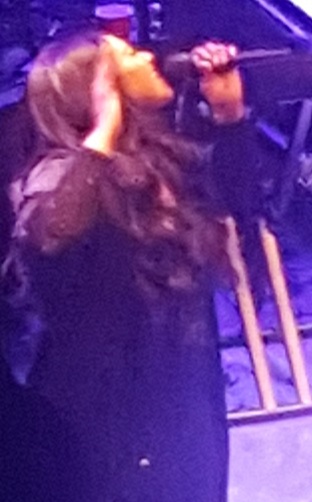 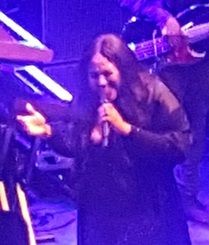