Tonight is the Nai Palm show from the group Hiatus Kaiyote (I saw them last year in Baltimore, MD). With the ticket purchases that I’ve made I finally racked up enough points to redeem it for a free show ticket so I chose this one. I decided to take the metro since I worked earlier today and have a parking pass at work. Doors were at 7pm (even though I thought 6pm) so I arrived around 6:45pm and the line was already forming. My phone battery was running lower and lower and I was just hoping that I would be able to charge it inside somewhere.
I’m waiting in line hoping that doors will open at 7 because well it’s been a long day and I don’t want to be standing that long (it is of course a general admission show standing only) and tickets were close to or did sell out so I knew there was going to be a crowd. I get to the box office to redeem my free ticket for the show but they struggled to find it (this is why you keep your confirmation number-in a nutshell I got in).
I get inside and find a wall outlet just to be told by staff that I can’t use it (not their rules but the venue’s understand for I’ve worked in numerous venues before but really what is the point then?) They suggest that I ask the bartender which I did and thankfully she let me charge it. Next stop was the bathroom (go now or forever hold your pee or you’d be going when everyone else has to go). I figured I’d wait til the opening act starts and then I’ll get my phone back.
By the time the opening act came up it began to fill in. Her name I believe was Jaala and I quickly came to the realization that she was a trip or better yet “on a trip”. Things got weird quick as she went from talking about yodeling to eating edibles, drugs, taking a space trip and how “Collateral was the worst movie ever stop crying Will Smith.” I would say it was the weirdest thing I’ve heard at a show but I’ve heard much stranger things. Either way homegirl was weird and definitely not a Trump fan (can’t blame her there though). She mostly spoke on and on about things and only sang 3-4 songs. I’m just glad to know I wasn’t the only one thinking, “What is happening right now?” It was then I figured let me go ahead and get my phone back.
When it was time for Nai I think the crowd was relieved. She began singing and playing and poor thing the sound was acting up for her again and we weren’t even in Baltimore this time (she just can’t seem to catch a break). She sang and played song after song and even did my favorite by Hiatus Kaiyote, “Breathing Underwater” all while dealing with the sound not being right for her. Although I wasn’t in the best viewing spot this time around I dealt with it and still managed to get pretty decent pictures. At the end of the show her last song was really her last song.

Next up is H.E.R. and I am super excited because I love her! 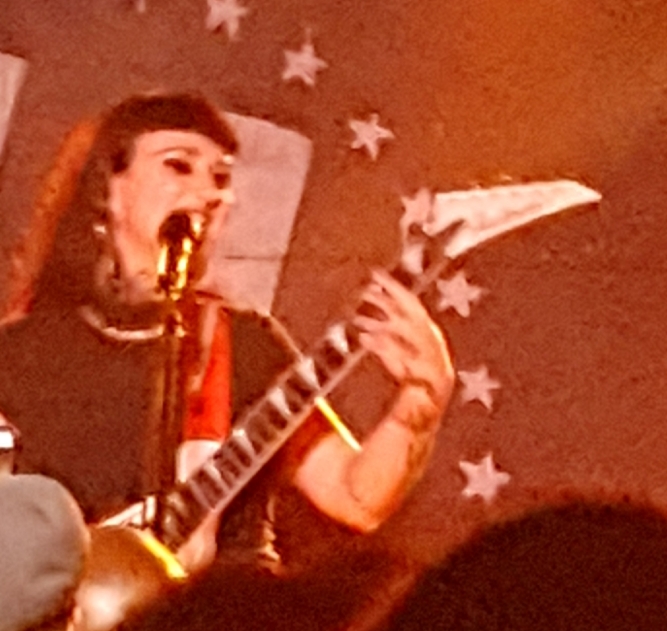 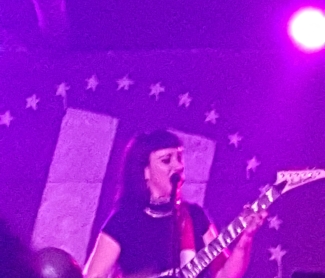