So very last minute (as in earlier this week) I decided to get a ticket to see Saba tonight and once I realized that I had to work the Cherry Blossom Parade right before I somewhat instantly regretted it. I am currently tired and my body (arms, knees, feet and etc.) is sore to the point that it affects my walk so I really don’t feel like going to a general admission standing show but here I am (I don’t let my money go to waste). The show tonight was at the Fillmore Silver Spring at 8pm. So, I arrived close to 8:45pm and picked up my ticket at will call and proceeded in (no line). I peeped in on the floor to see what it looked like and it wasn’t even half way full. There was another artist (a girl) on stage and I sighed because no offense to the opening acts I just want to see Saba.

I didn’t hear a lot of her set as I was trying to get adjusted to being here. I found a column I could stand against that was cushioned but the concrete floor was murder on my feet. The 2nd act (which I was upset about because I just want to see Saba) actually was pretty funny and kept my somewhat entertained with his wild lyrics. I began to feel a little more at ease listening to him. Then a white girl walks by and compliments me by calling me beautiful and I’m thinking, “Wow, that’s nice but what is she on cause I look a mess today.” Twas true I was literally out in the sun working 8 hours beforehand and walked all around the National Mall before arriving here so I took it but figured maybe she had a little too much to drink. Shortly after that a guy comes and compliments me on my hair and about 15 minutes later comes back and makes small talk with me while complimenting me on my hair again and I’m thinking he’s crazy too because to me my hair looked a mess. I didn’t get it but I took the compliment both times.

During the short break before Saba hit the stage I tried to do something to remain busy and take my mind off of the fact that I would rather be sitting down than standing with an achy knee and swollen feet so I began writing this recap. I have to tell you though once Saba came on the stage I moved up a little bit away from the column to get better pictures. Suddenly standing there in the middle of the floor, I didn’t feel any pain. I was able to completely free my mind from what I was feeling to enjoying the rest of the show and it allowed me to not feel any pain. So I swayed and waved my hands as he sang songs off of his newly released album such as BROKEN GIRLS, CALLIGRAPHY, FIGHTER and SMILE. He gave stories behind the songs and said that this was his 3rd time being in DC. Apparently the last time he was here he was at Songbyrd Cafe and said it was one of his favorite shows. The producers of his album where the members of his band (which to me seemed fitting) and one was even related to him and was his brother. All of the songs were made in someone’s basement but every ong had amazing production.

I guess you could say it was a family affair as the opening acts each came out and performed a song with Saba. He encouraged everyone to support independent artists (which I am all about) and thanked everyone for coming out tonight. The fact that it was wasn’t crowded gave it more of an intimate feel and we owned the floor (those of us that were there). Of course the last song wasn’t the last and after the crowd chanted his name he came back out for an encore. I’m glad I decided to go after all but as soon as it was over and I started to walk I could feel the pain again…it was alright though, now I just had to make it to the car. I tried to stop at the merch booth afterwards to get a glance but my inability to stand long gave out as I headed towards the parking garage. Whew, what a day and what a night. 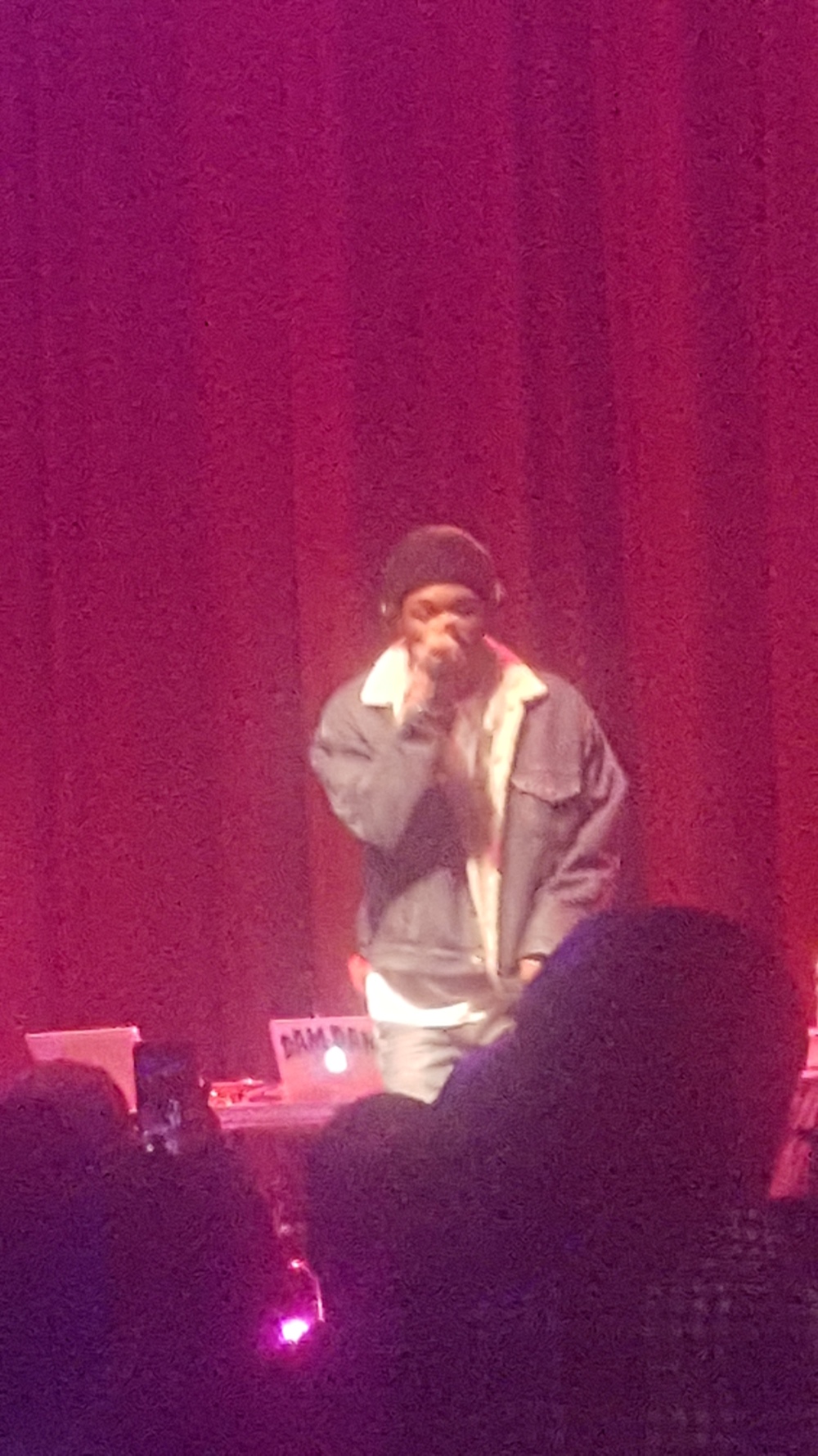